Have you seen Jim Carrey’s commencement speech for Maharishi University of Management?

In it, he talks about his dad always wanting to be a comedian, but instead he took a SAFE job as an accountant to be “responsible” and support his family.

Then, his dad got let go and their family fell into financial hard times.

Jim’s lesson from that?

“You can fail at what you DON’T want; so you might as well take a chance on doing what you LOVE.”

Do you know someone who is making a career choice? Have they been told it’s unrealistic to expect to make a living doing work they love? Are they about to make a “safe, responsible” decision to take a job that will pay the bills but that will kill the light in their eyes?

Share Jim Carrey’s quote with them. They will never regret betting on themselves and choosing to do work they’re good at that adds value and that lights them up. 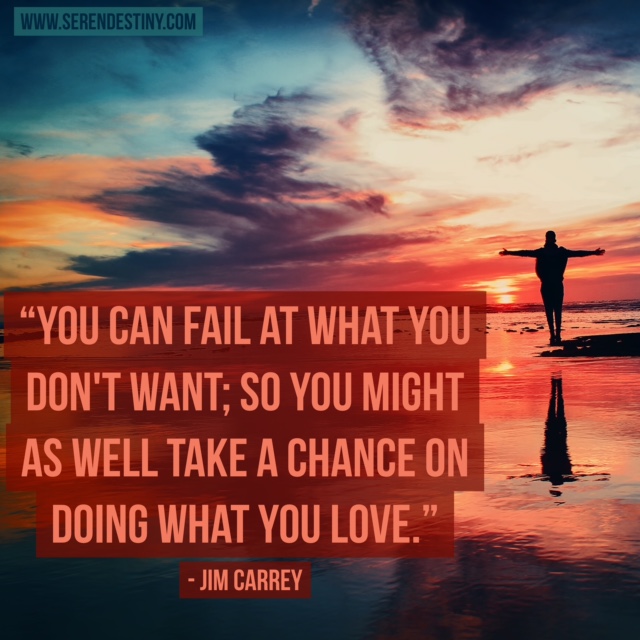