Did you know International Women’s Day is today, March 8th? Who is a woman you will you reach out to today to say “Thank you” for your support, wisdom, advice, encouragement, leadHership, mentoring?

How will you celebrate this day in your organization?

You are welcome to use this article at a staff meeting as a conversation-starter for how women have made a positive difference for you – and how they can give and get the recognition and respect they want, need and deserve on and off the job.

I was speaking for a Silicon Valley company and interviewed one of their executives to get his input on what I could cover to make our LeadHership workshop maximally useful. He shared a story about how, in his opinion, some women don’t help themselves when it comes to career advancement.

He said, “Last year, we opened an office in Paris. A woman in my department had lived in France as a foreign exchange student, speaks fluent French and is still in touch with her host family. I thought she’d make an excellent addition to our team there so I recommended her when we discussed possible staff selections.

The other executives at the table just looked at me with puzzled expressions. No one knew who I was talking about. I went to bat for her and tried to explain why I thought she could help us ramp up this new location.

One of my colleagues finally recognized her name. He said, “Okay, I know who you’re talking about now. She sits in on some of my meetings. But she never says anything.’

She ended up NOT getting that position, and it wasn’t because she didn’t deserve it or wouldn’t have done a good job. It was because those decision-makers hadn’t personally witnessed her adding value and wouldn’t take a risk on someone they didn’t know.”

I asked, “Did you talk to her about this missed opportunity?”

“I did. When I asked why she doesn’t speak up in meetings, she said, ‘I tried to, but everyone just talked over me. I suggested a way to streamline one of our systems, but no one listened. In fact, a few minutes later one of the men said pretty much the same thing and everyone went, ‘Great idea!’ I finally just gave up.’

I told her, ‘Don’t you realize, if you don’t say anything at meetings, the people in the room conclude you don’t have anything to contribute?”

I shared this example during my workshop and suggested several ways to contribute at meetings so decision-makers witness us adding value and have first-hand evidence of our LeadHership abilities. Here are those six ways

Six Ways to Add Value and Get Heard, Seen and Respected in Meetings

1. Contribute at least one ACTION-oriented suggestion at every meeting. Not an opinion, an action. Instead of simply sharing what you think or feel, contribute specific pragmatic options of what can be done to move a project forward, turn an idea into reality, or achieve a company objective.

2. Don’t point out what’s wrong unless you immediately follow up with how this can be corrected and done right or replaced with something more efficient and effective. In other words, become known as a problem solver, not a problem reporter.

3. Instead of deferring compliments, graciously honor them. If someone praises you, instead of saying, “It was nothing.” or “My team deserves the credit.” say “Thank you. Your feedback means a lot.” Then, add a detail, e.g., “Our goal was to exceed our sales quota this quarter, so we identified three high-profile clients, reached out and were able to turn them into new accounts.” Then, talk about an upcoming initiative so executives are aware of how you plan to continue to produce results.

4. Keep comments to two minutes or less. No one likes a windbag. Richard Branson said, “Time is the new money.” As a presentation coach, I believe time is the new TRUST. By keeping your remarks purposeful and to the point, people will always listen to what you say because you’ve proven you’ll be a good use of their time and attention.

5. If someone interrupts, speak up instead of letting them talk over you. Jack Canfield says, “People treat us the way we teach them to treat us.” Look at the interrupter, use his or her name, and say, “Mark, let me finish” or “Bev, one more minute and then it’s your turn.” Then, be brief, but conclude your remarks. You’re not being rude, just clear and confident that you as much right to speak as anyone else.

6. Tower, don’t cower. If you tuck your head or use a tentative, high-pitched voice, people will doubt your clout. Instead of slouching, roll your shoulders up and back and sit up or stand up. Speak with a voice of authority by ending sentences with downward (not upward) inflection and project so every single person can hear every single word.

A program participant chased me down in the parking lot after that Silicon Valley workshop to thank me.

She said, “Sam, I wasn’t getting credit for my work and I was really resentful. I realize I can’t blame my boss for not giving me the recognition I deserve if I’m not giving him evidence of all the ways I’m making a difference for our clients and company.”

Her feedback reinforced the premise of my LeadHership program. It’s idealistic to expect managers to know all the ways we’re contributing and to initiate on behalf of our career goals. They’ve got at lot on their plate. We’re just one of their many priorities.

It’s up to us to give our decision-makers real-world evidence of our LeadHership in action. Only then will they be able to trust we’re adding tangible bottom-line value because they’ve personally experienced us doing just that. Only then will we receive the projects, promotions and pay raises we want, need and deserve.

The career ball is in your court. How will you be a LeadHer at your next meeting? And how will you THANK the leadHers in your life for their support, encouragement, wisdom, LeadHership and mentorship? 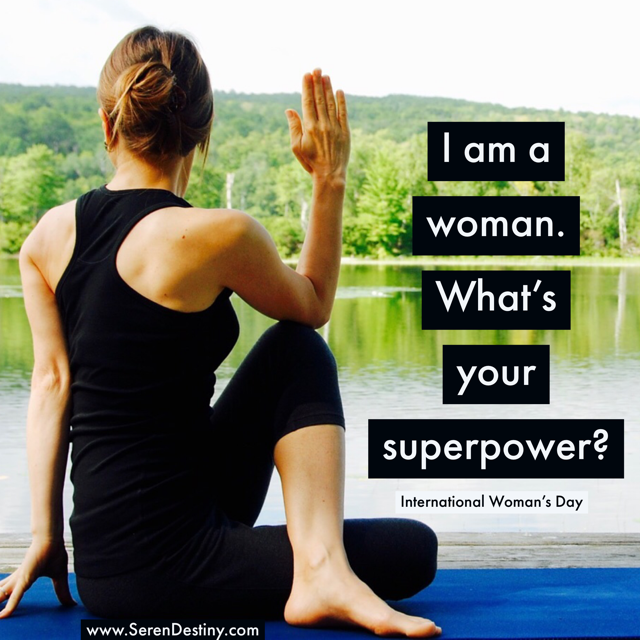 Sam Horn, CEO of the Intrigue Agency, is on a mission to help people create a quality life-work that adds value for all involved. Her books – Tongue Fu!, POP! and Washington Post bestseller Got Your Attention? – have been featured in New York Times, Forbes, INC and on NPR. This is excerpted from Sam’s LeadHership keynote which she’s presented to professional women networks at Intel, Capital One, Amgen, National Geographic, CA Governors Conference for Women, and Women in Consumer Technology. Want Sam to share this your group? Contact Cheri@IntrigueAgency.com