One of the most important epiphanies from my Year by the Water?

“Sometimes, the grass is green enough.”

This may seem to fly in the face of being an adventurer, someone who revels in new places, people and experiences.

However, it’s not a contradiction.

NOW and NEW are opposite sides of the same coin.

There are times we’re eager to evolve and explore – and times we look around and think, “This is enough. I am enough.”

I took the picture below while exploring a new lake park near my home here in Boulder.

As I strolled through the lush grass, I laughed out loud as I realized. “I’m literally walking in clover.”

It was a tangible reminder that being wealthy in what matters is not having or feeling one thing OR the other; it is a sublime blend of feeling and having BOTH.

Sometimes, we’re walking in clover and loving every minute of it.

They are not mutually exclusive; they are the yin-yang balance of a fulfilling life. 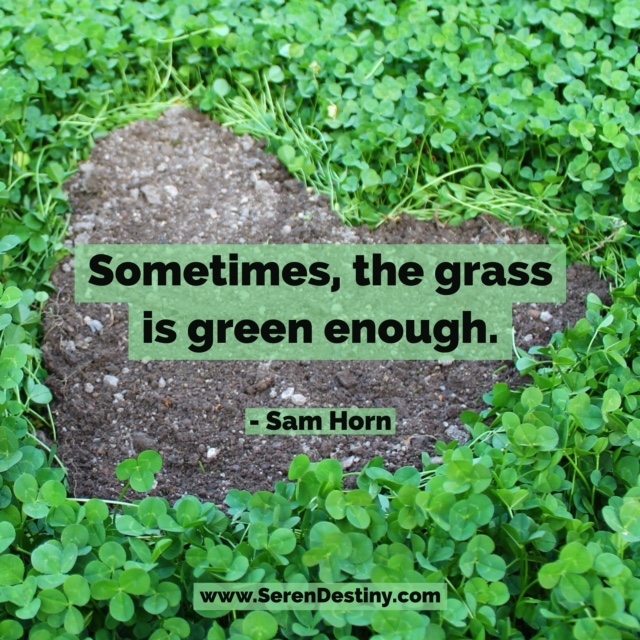